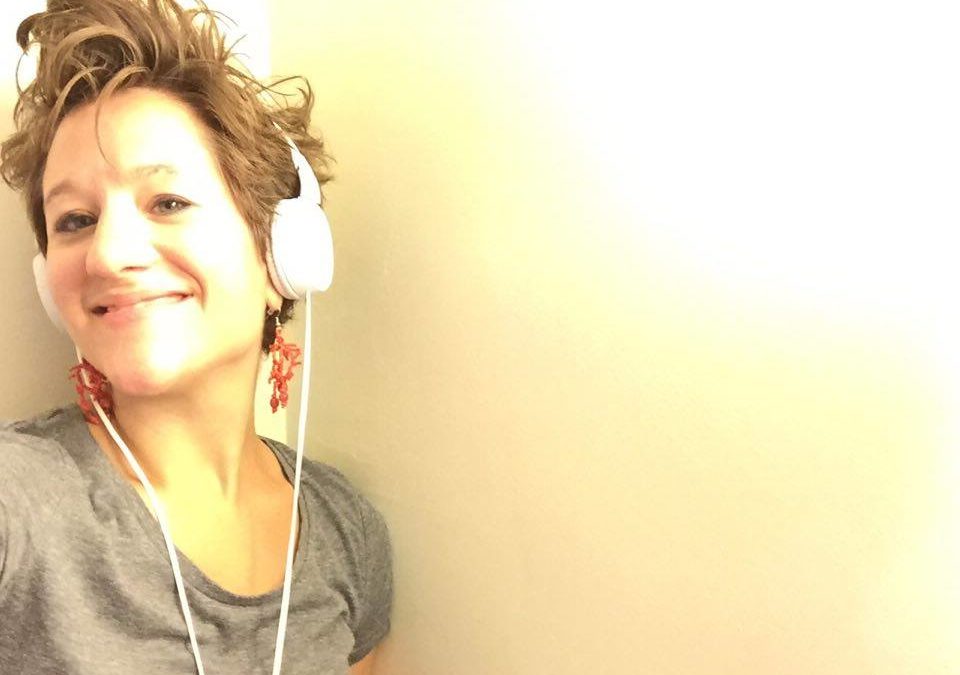 Hello everyone. I can hardly believe it, but the time has finally come. My first album is going out into the world! It has been two years of hard work, love, confusion, excitement, and creativity. I know I’m being a little theatrical over here, but truly I am so happy. I love music; singing, performing, writing, recording, and sharing it with others. And now I finally get to step into the world of larger scale distribution! Well, larger scale for me, I’m not signed to a label or anything *cough *cough (that was for you record company executive people…I know you’re out there…but probably not reading this).

So how did I get here? Music has always been a labor of love for me, but I haven’t always had the clearest relationship with it. I’ve never been quite sure how to let it grow, develop, and manifest itself in my life. And I have tried a lot of different manifestations. That doesn’t mean I have ever been for a loss of inspiration. I remember humming little homemade tunes on the bus to elementary school. These ideas would pop into my brain so I would start humming them, then singing them, then singing them LOUDLY, and my bus driver had to politely tell me that while she enjoyed the music, I would have to tone it down so she could concentrate on driving. Over the years these homemade melodies started to grow with the continuing music lessons, countless choir and band rehearsals, and hundreds of hymns sang in pews. These experiences gave me the tools I needed to start to create fully living songs. And I loved it. So I continued to write music into college at Bluffton University where I majored in Music, in Charlottesville where I actually started to play out, and in Kansas City for a year at University of Missouri Kansas City Conservatory of Music. But as my ear developed so did my independence, and I learned there were things to take care of, and to pay. There were BILLS (gross). Now I am not going to tell you that creating music can’t pay the bills, it certainly can, but during these times I realized I was a little bit of a coward. I knew that the road to support yourself with music took dedication, long hours, and often a lot put in before you start to see a paycheck. And I craved security and guidance. I don’t NEED to support myself with my music, but the more I can support myself with song, the more time there will be to sing, create, write, and perform. And to live it out, you have to be creative not just with what you write, but also with how you structure your time and work. I have always functioned so well within a framework, an outline, an academic deadline, or a syllabus. Leave me on my own and I get confused and often don’t know where to start. So i procrastinated on music. Only took the gigs others approached me for, recorded something once in a blue moon, and wrote in little spurts here and there. But in 2014 I realized it was time. I was tired of running away from it, so I launched the indiegogo project to fund creating my album and started taking more time with music. This was a big leap for me. I’m so glad I took this leap, but it came with a hefty dose of naivety. I felt like I could bust something out in a summer. Before when I sat down to record, I could get something interesting sounding down in a day or two, so surely a summer would be enough time for a little EP right? Wrong. That summer we moved, I made a zillion jars of jam, and I decided instead of a 5-7 song EP I wanted a full length album. All awesome things, but my cocky timeline of busting out an album in a few months shifted greatly. It was ok though, because, I was finally putting a bigger focus on writing and creating songs in my everyday life.

Fast forward to a year and a half later, I was done with the songs. 12 of them layering my voice and instruments, and two featuring my friends Aubrey Helmuth Miller and Adam Peters. But now how to make them record ready? This was where I felt truly at a standstill. I had so strongly desired to do almost every part of the album myself but at this point I simply didn’t have the technical knowledge to clean up the tracks or the time to learn even a fraction of what I needed to know. And these tracks were messy. I kind of wanted them that way but……they were really messy. All of it was recorded in different spaces, on an audiotechnica usb microphone, and using garageband. I started out with the ios garageband on my ipad, then moved to garageband on a mac laptop. The songs I completed on the ipad (which thankfully was early on) had merged tracks of at times totally different instruments because there was a limited number of tracks you could create on the ios app. Beyond the fact that the tracks were messy and distorted, there were 409 of them for the 12 songs. That is AFTER the merged ones. A lot of the mess was due to the fact that I had no idea what I was doing, but here is where my friend Nate Butler with Nimble Wit Productions came to the rescue. We mapped out a weekend for me to travel out to Indiana, and he poured his energy into the album. He put in so much more of his time and effort than he initially anticipated and let me tell you people, he worked magic. Thankfully we only had to re-record part of 2 of those 409 tracks. He has an immense amount of skill and experience, but beyond that he had his heart in it. He truly cared about the music, and that allowed it to finally burst out and friggin’ shine like I had always hoped. After that, the songs were finally done beginning of July 2016.

From here it was all getting ready. My friend Bob Ralston (who has spent hours with my music, helping me to edit and refine) kept up with the DIY theme and using his iphone shot an amazing music video for the first song on my album, Breaking Pavement. It was shot in my basement in about 3 hours and I think it’s pretty freakin’ badass what he did with it. Check it out HERE if you haven’t yet. This got the excitement going and carried me to now. Finally. The night before.
It’s an invigorating thing to finally send out my music in a way that I never was able to before. And just like every step before it, it is completely uncharted territory. I’ve never been here before. I have no idea what will happen come Friday August 19th. Maybe this will be a fun project that brings some enjoyment to my friends, family, and colleagues, or maybe it explodes and the world gets to hear it. But that part doesn’t so much concern me. I had an idea in mind and for once, without an outline or framework, I got it done. I may not have had the quality recording equipment I needed to make it sound cleaner, I may have used a recording program I paid $5.99 for, and I may not have had the hours each week to finish it quickly, but I finished it and, I believe, finished it well. In speaking with my friend Bob about the process, I came to my biggest realization of the project. If you don’t have everything you think you need to pursue a dream, at least take the first step. Use the means that you have, exhaust their potential, and likely you will be surprised at the outcome. And you may be surprised at how far those first steps took you, maybe even into a whole new realm of realizing your creativity. So as I sit out here on the other side of 2 years, I am so glad I took that first step.